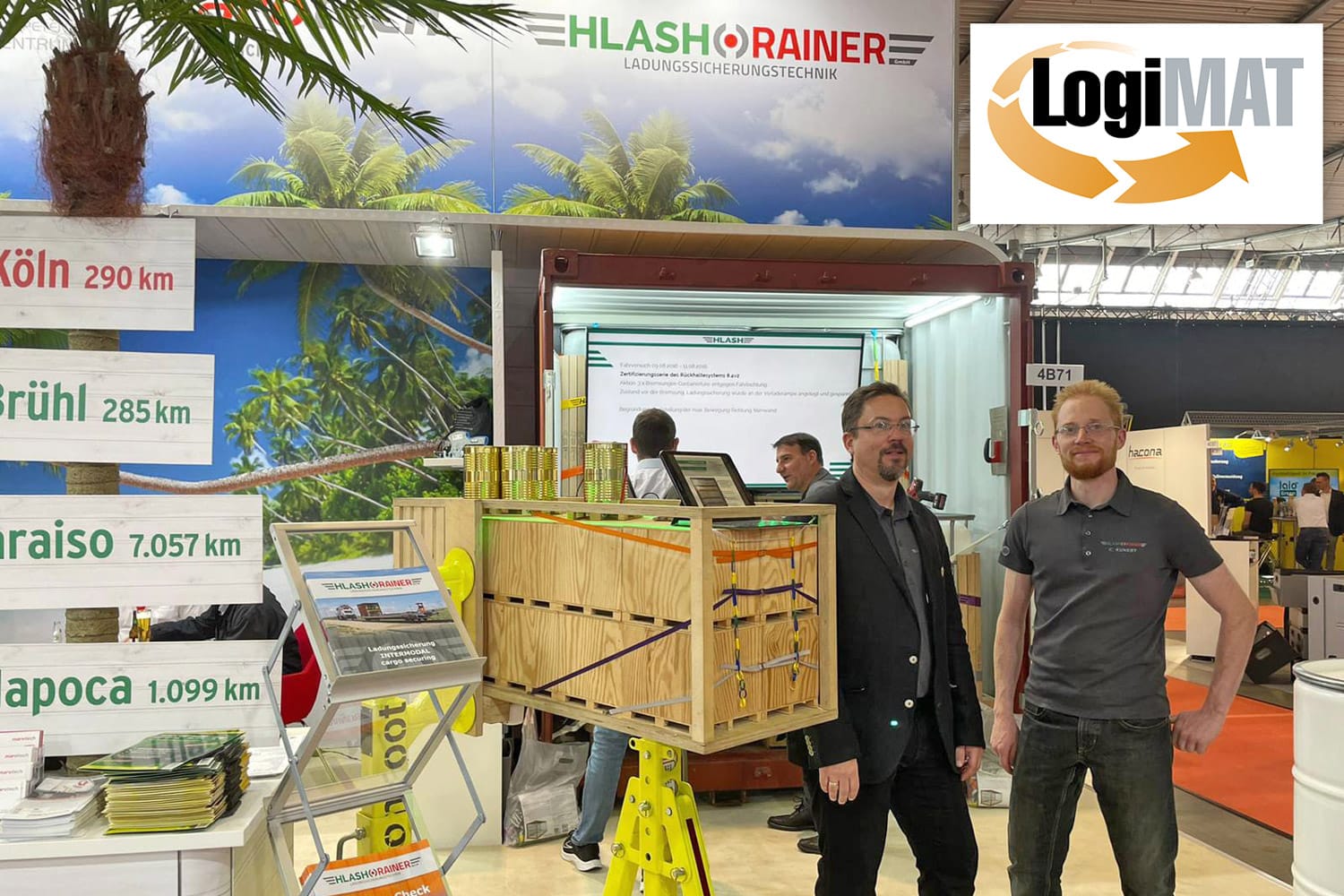 Our first trade fair this year – since 2019. The booth concept has already existed for two years, but a lot has changed with us since then.

HLash GmbH and Rainer GmbH became HLash & Rainer GmbH in 2021. This is our first trade fair under our new name.

We have used the trade fair- and event-free time to re-engineer our restraining systems. In the development of the container restraining systems CRS Static and CRS Vario we have incorporated the know-how of both companies. The horizontal webbings have been optimized, also with regard to sustainability aspects. The performance of the systems has again been significantly improved.

On the first day of the trade show, all exhibitors were eagerly waiting to see how the first trade show in the logistics sector would be received by the public. One and a half hours after admission, the booths were already filling up. A fabulous feeling.

We were able to discuss a lot concerning proper cargo securing and inform people face to face about our range of services. After a short while, one had almost forgotten that there had been no trade fair for two years.

Thank you to all our visitors! It was such a pleasure to have you visit us. We are happy to be there for you from now on.

Thanks also to our booth neighbor Marotech. As in previous years, it was a delight to work with them.

Another big thank you goes to our organizer LogiMAT. It certainly took a lot of effort to plan this great trade show year after year, only to have to cancel it. Thank you for persevering.

We are already looking forward to the next LogiMAT in Stuttgart!